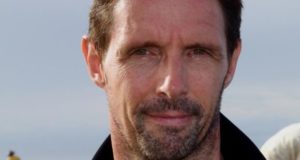 Niall McKay: in his time in the United States the former journalist has established three Irish film festivals.

Irish cinema has undergone something of a renaissance in recent years with the likes of Lenny Abrahamson (What Richard Did), Ken Wardrop (His and Hers) and John Butler (The Stag) all showing that contemporary directors are capable of delivering great home-grown stories that resonate with a global audience.

Despite recent disparaging remarks about Irish cinema made by the director ofCalvary, John Michael McDonagh, our indigenous films are generally well received abroad. One man who has led the way in helping to promote the work of Irish directors is Niall McKay, who has set up not one, but three film festivals since moving Stateside in the early 2000s.

“Irish directors are held in high regard here and there’s a lot of support for them,” says McKay. “Obviously, some of that support comes from Irish people living here, but in New York especially there’s a great love of film generally so there is a big audience for stories from around the world, including Ireland,” he adds.

McKay, who hails from Kilmacanogue in Co Wicklow, is himself an Emmy award-winning independent producer and director, as well as a shorts programmer for the renowned Tribeca Film Festival. He is also executive director and curator of Irish Film New York, an organisation he founded in 2011 to showcase the work of contemporary filmmakers.

His other work since moving out to the US includes making documentaries for PBS and dramas for cable television, and producing video reports for the Wall Street Journal.

It wasn’t always like this, however. Before establishing himself in America, McKay was based in London for a number of years. During that time, he was a successful print journalist who specialised in technology and wrote for the likes of the Economist, theNew York Times, the Financial Times and Wired magazine. He was also a regular columnist for The Irish Times.

While working as a journalist, McKay was one of the first reporters to break a story about the National Security Agency (NSA) spying on Europe in an article published in the New York Times in 1999, some 14 years before Edward Snowden leaked damaging documents that outlined the extent of the organisation’s surveillance activities.

Irish Film New York aims to help Irish films and filmmakers find a market in the US by fostering partnerships between Irish and US-based film institutes. It seeks to bring the best in contemporary Irish cinema to New York and connects producers and directors. As well as running an annual festival, it also holds many film screenings and Q&A sessions with filmmakers throughout the year.

McKay set up Irish Film New York after relocating from the west coast to the Big Apple. This marks the third Irish film festival he has established in the US since he moved there in the early 2000s. First came the San Francisco Irish Film Festival, which he set up with Dublin writer Emer Martin in 2003 when an Irish film was overlooked for the city’s main festival. A Los Angeles festival followed a few years later after he made a number of successful trips to LA to do night screenings.

After relocating to New York in 2007, the obvious move was to establish yet another event that would highlight Irish filmmakers.

“I guess that setting up film festivals is like a disease or a bad habit. I find it hard to resist doing it,” he admits.

“We’ve been getting between 1,200 and 1,400 people coming to film festival screenings in New York so it shows there’s a lot of interest in the work of Irish filmmakers. We’ve tended to focus on contemporary work because one of our aims is to show that it’s more than just historical films coming out of Ireland,” he says.

McKay admits that despite the festival being in existence for a few years now, it’s still difficult to get funding to run it. He adds the organisation is blessed to receive support from bodies such as the Irish Film Board.

On his own journey to becoming a filmmaker, he says that he had always had a great love of film, evident in his decision to do a FÁS course at the Irish Film Institute and his work as an usher at what was the original Lighthouse Cinema on Middle Abbey Street. Nonetheless, it was the move to the US that persuaded him to change career.

“I think that America embraces the idea of doing something different and that encouraged me to change gear and go for it myself. I think that if you’re living in Ireland and earning a relatively decent amount of money, it may not make sense to consider moving into another career, but being abroad can encourage you to think differently about things and to go for it,” he says.

“It’s hard to know if I’d have achieved the same success if I’d have stayed in Ireland. In some ways, it’s easier back home because you can get funding for films from the State, whereas in the US, things are commercial or they are not. But I think a stint abroad, particularly in America, is good for storytellers because you learn the ability and value in telling a tale that appeals to a wide audience.

“Working as a film festival programmer makes you very aware of what audiences respond to and that’s obviously very useful when it comes to making your own films,” he adds.