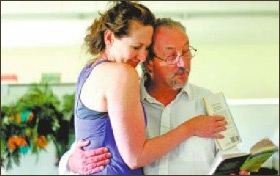 She Says Shakespeare By the Seashore

The Bard is back and bedazzling Bridgehampton this August! Shakespeare’s most delightful summer confection, A Midsummer Night’s Dream will play beneath the stars on the lawn behind Bridgehampton High School for three weeks in August (Thursdays-Sundays, 8/2-19 at 7 p.m.). It is one of Shakespeare’s most accessible plays, telling the story of four young lovers, a troupe of actors, mixed up identities and meddling fairies.

For Joshua Perl, who is the director and co-producer with Peter Yablotsky, an entertainment lawyer and law professor at Tuoro University, this has been a long-held aspiration. “There are fond memories of the Hampton Shakespeare Festival which ran for over 10 years,” says Perl. “People loved it.” When it disappeared, “the loss was tangible.”

Perl is a long-time advocate and creator of theatre on the East End through his non-profit theatre company Hitfest, which is housed at the Bridgehampton Community Center. Hitfest grew out of The Naked Stage, which has been affiliated with Guild Hall since 2003. The Naked Stage presents a play-reading series during the non-summer months. While working as a teaching artist at Bridgehampton High School he looked out a second story window. “I saw that big open field … and thought: Shakespeare.”
He took his idea to the school board and it was met with great enthusiasm. They “recognized the value of a Shakespeare experience to the community” he says, and Bridgehampton School Superintendent Dr. Lois Favre “has been extremely accommodating,” as has Karen Hochstedler, of the Bridgehampton PTA. “She has gone out of her way to suppo1t the work we do.”

The school will allow Hitfest to use the parking and bathroom facilities in addition to the field. With the board’s unanimous approval, the show moved from concept to production.

After three weeks of auditions, Perl made an unusual but innovative decision. His would be a gender-blind production. Although Shakespeare had historically been performed with all-mate casts, Perl’s Shakespeare has many women inhabiting male roles. There is much gender bending and role­reversal written into the play and Perl has taken that opportunity to have some fun with the characters. New York actor Vincent Michael Iannuzzi, who plays Francis Flute/Thisby delivers the line “Nay faith! Let not me play a woman, I have a beard coming!” in his female persona, while stroking a distinct beard. “Its great fun!” he says. The cast features Irish actors Clodagh Bowyer, who will play Titania/Hippolyta and Gerard Doyle as Theseau/Oberon. Both are Equity players with extensive international Shakespeare experience.

“The play’s the thing” but fundraising is another challenge altogether. “It’s the Hamptons!” says Perl. “We should have Shakespeare here. For less than the cost of a cheap BMW, we can do this.”

Hitfest producers met with Judy Malone of Wolffer Estate Winery. “They were excited and enthusiastic,” says Perl and presented him with a check over lunch at the Maidstone Inn. With Wolffer’s generous support in place, Perl allowed himself to envision the families gathering on the lawn. Seating will be in bleachers, lawn chairs, and on blankets and the audience is encouraged to bring picnic dinners. “It’s a perfect introduction to Shakespeare. It has magic and fairies, strong-minded children and foolish adults!” Additional funding has come from businesses, ads and private donors. “People have been very generous with office supplies, food, and their expertise in PR. Fundraising for this kind of community-wide event is a major undertaking,” says Perl.

“Shakespeare belongs to everyone,” he says. “I want my kids – and everyone’s kids – to be able to go to a Shakespeare festival in their own back yard, under the stars, on a magical night.”