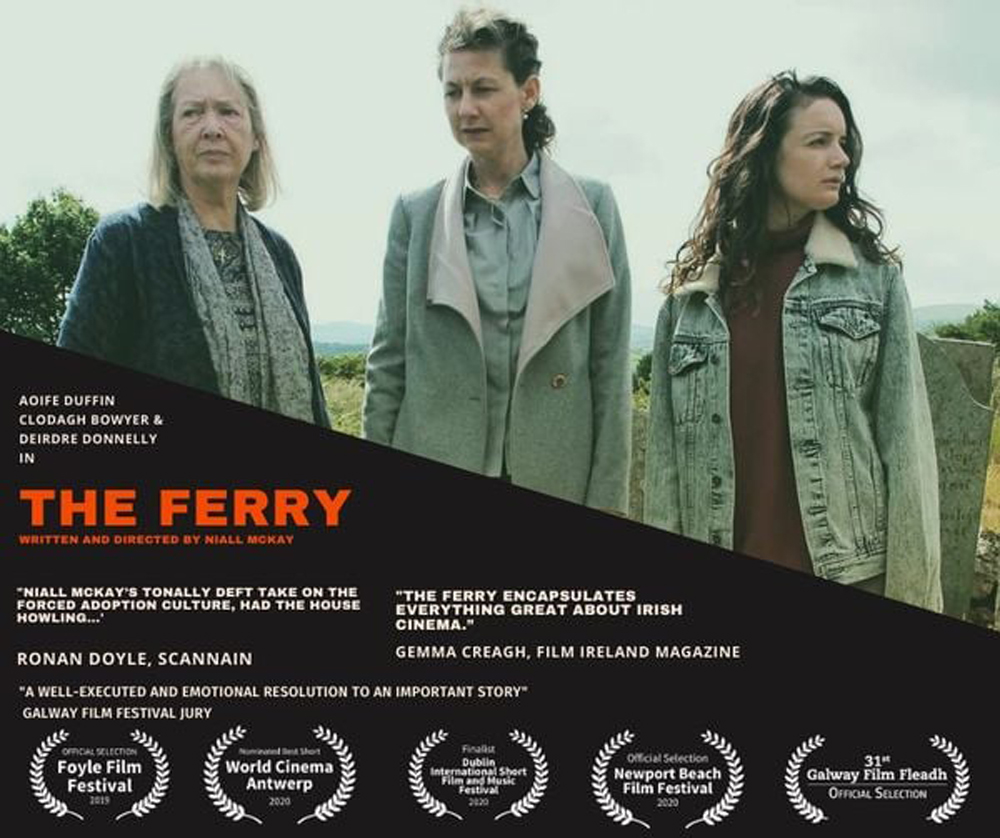 Niall McKay’s new short The Ferry will have its world premiere as part of the Galway Film Fleadh on Friday July 12th in Irish Talent: New Shorts 5: Fiction programme.

When Aoife searches for her birth mother she sets off a series of events that brings three women together in a search for the truth.

We came to the film while researching a documentary about adoption some years ago and it has always interested me that men were never mentioned in the context of mother and baby homes. Not as fathers, not as doctors, and not as the family members who often put women in these homes.”